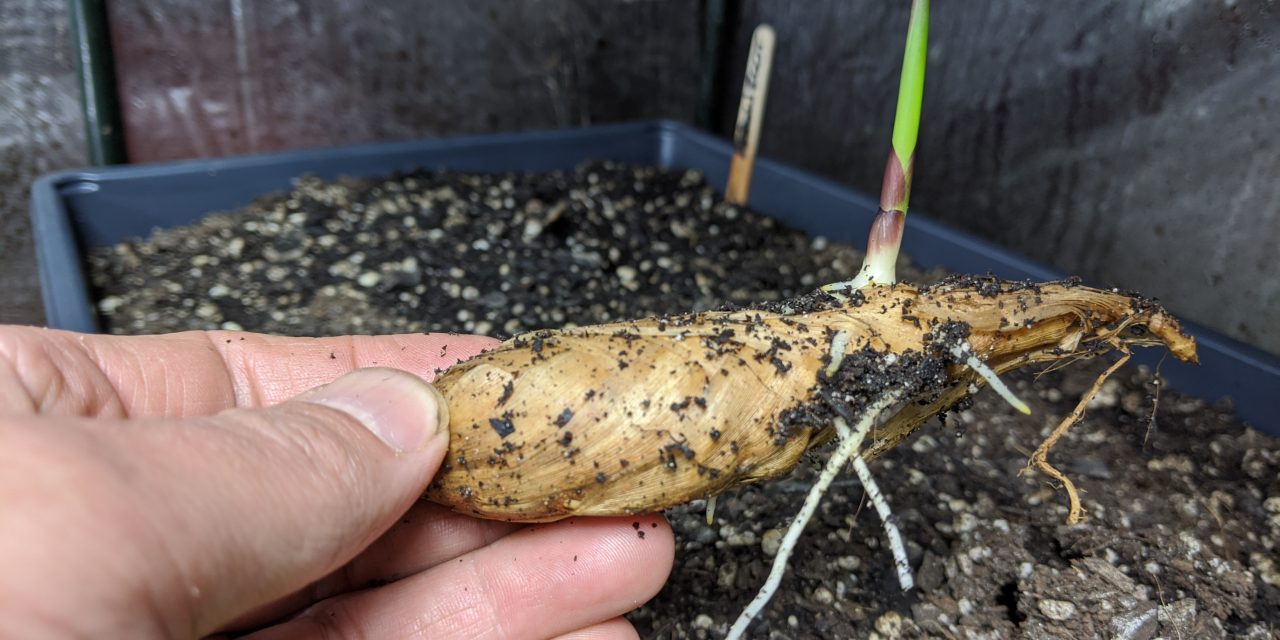 Yanna Fishman, Utopian Seed Project board member, warned me that growing tropical perennials as temperate annuals will definitely shorten my ‘off season’. And that has definitely proven true! These plants have a long growing season and come out of the ground as late as the first frost allows. The roots/tubers are then cured for storage over the winter months, before being ‘woken up’ early in the season for indoor sprouting.

Things like turmeric and ginger are slow to sprout and like it hot, so we start those as early as February. Taro, Yacon and Arrowroot are much quicker, and if you’re not careful you can be dealing with enormous plants quickly outgrowing their pots and your available space! We start everything in a 6’x4′ greenhouse in my basement. We run a small space heater and have grow lights above the shelves. One day we’ll have the funds to build a geothermal passively heated greenhouse to work with these crops a little more efficiently, but for now the basement works!

As the crops outgrow their containers (and the basement space) we pot them on and move them to a shed with south facing windows. It serves as a good hardening off period without exposing the frost tender crops to extreme conditions. This is the time of year where we watch the weather closely, tucking the plants under row cover if the temperatures are looking risky.

Here’s a quick overview of the crops we’re working with that overwinter as tubers. We are working on more in depth profiles of each crop, which can be found HERE. 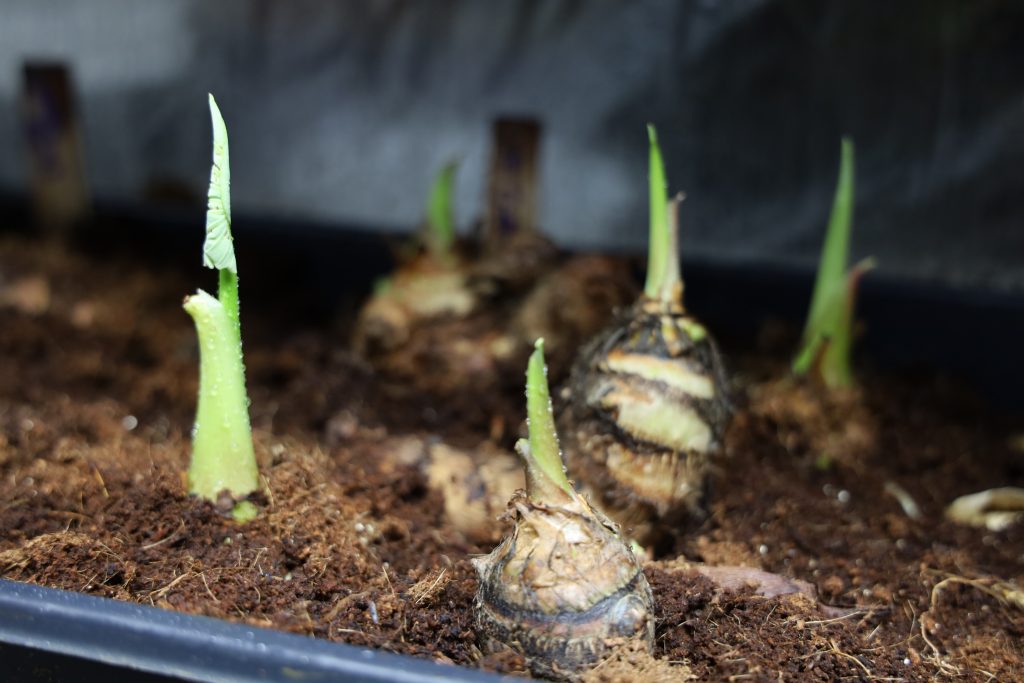 Taro sprouts easily and quickly from the central mother or from any of the eddoes (smaller corms that grow around the mother and are typically eaten).  The roots spread wide and often a barely sprouted eddoe will have far reaching white roots below the surface. As the sprouting tray gets crowded we transfer to small 3-4″ pots and move them to the shed to harden off. Of all the tropicals, Taro seems to have the most potential to become a temperate perennial! Yanna Fishman has had her taro overwinter with some mulching. 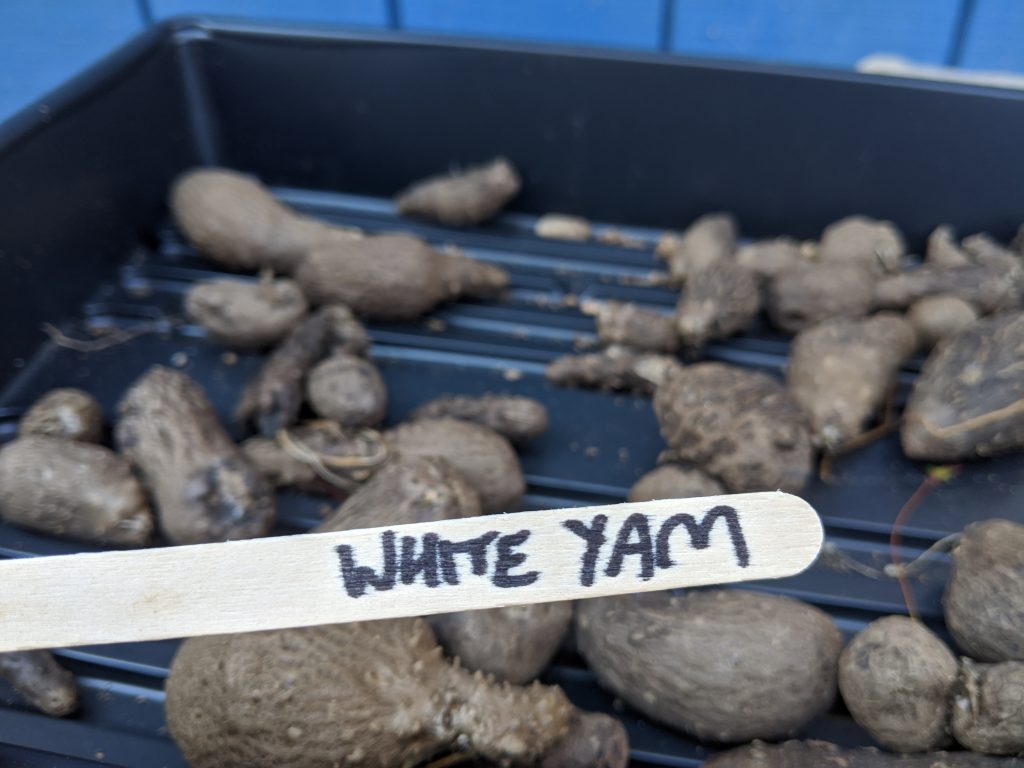 Dioscorea is a genus that includes a number of edible yams (distinct from sweet potatoes (Ipomoea batatas). We are currently growing two types of Dioscorea alata: a white yam and a purple yam often called Ube. Last year Yanna Fishman grew the Ube, which produced long vines and massive underground tubers. However the vines did not produce any aerial tubers, which the genus is known for (think air potatoes (Dioscorea batata). The aerial tubers are the main propagation material, so we had to return to Florida friends to stock up for 2020. As you can see from the picture below, the tubers are just beginning to sprout. 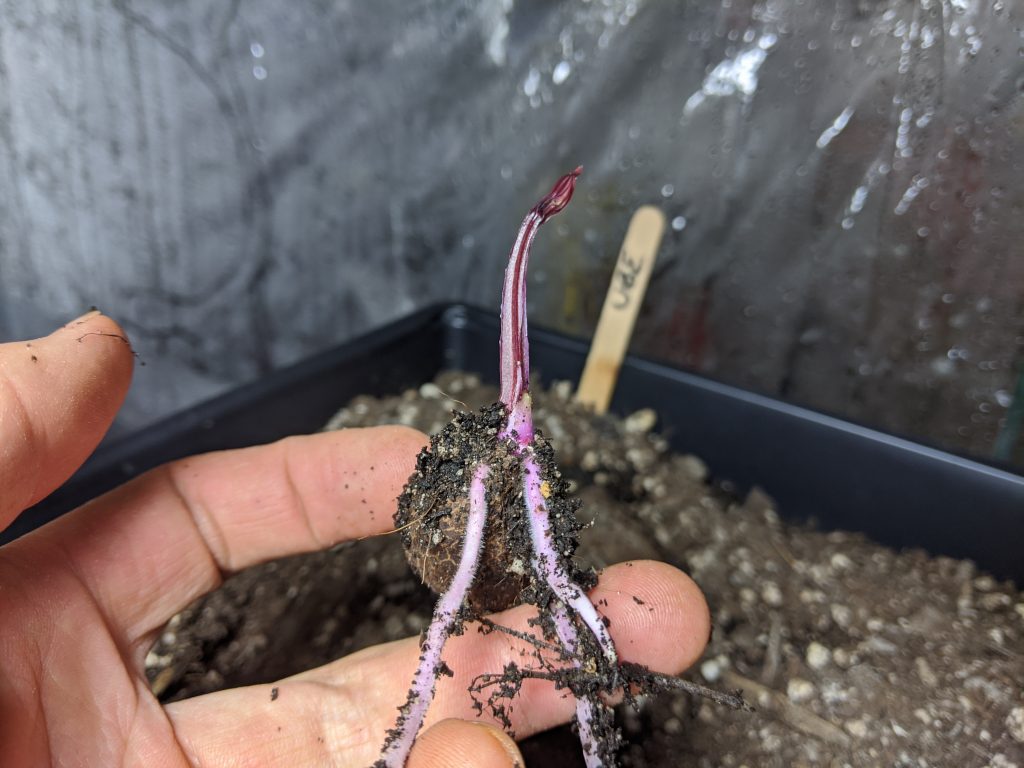 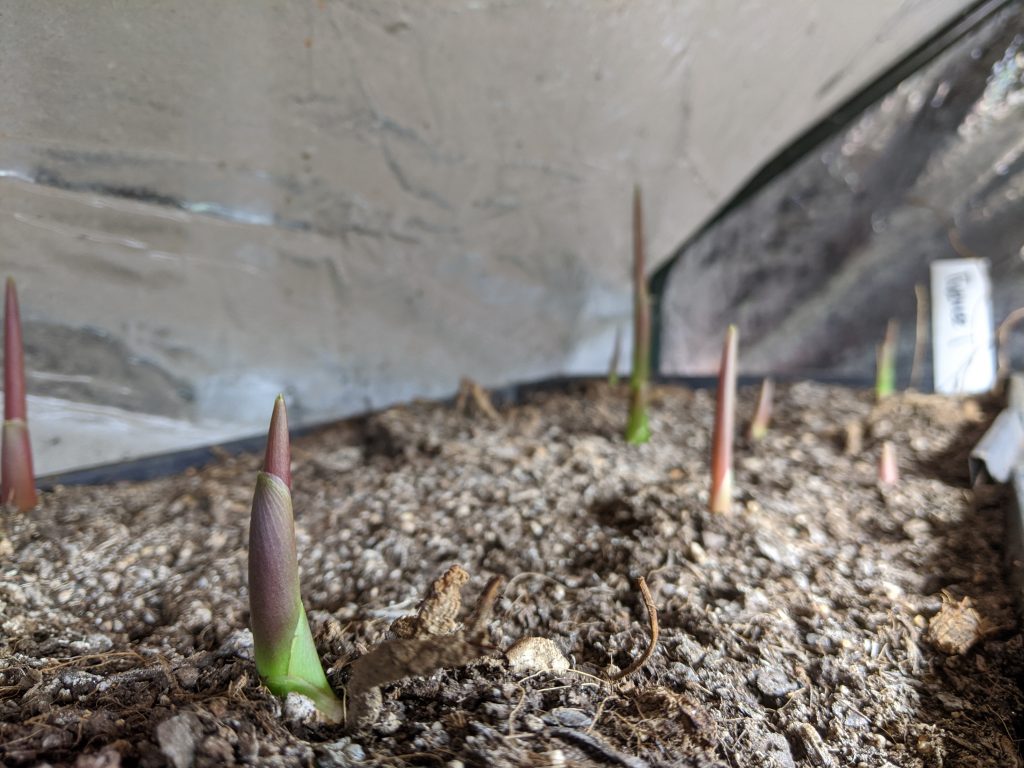 Turmeric is a lazy starter and likes it nice and warm. We have six varieties bedded in including the black turmeric, which is actually a different species to the other turmerics we are growing. Black turmeric (Curcuma caesia) is more medicinal with a menthol-esque flavor. It was also the first to sprout this year as can be seen in the picture above. 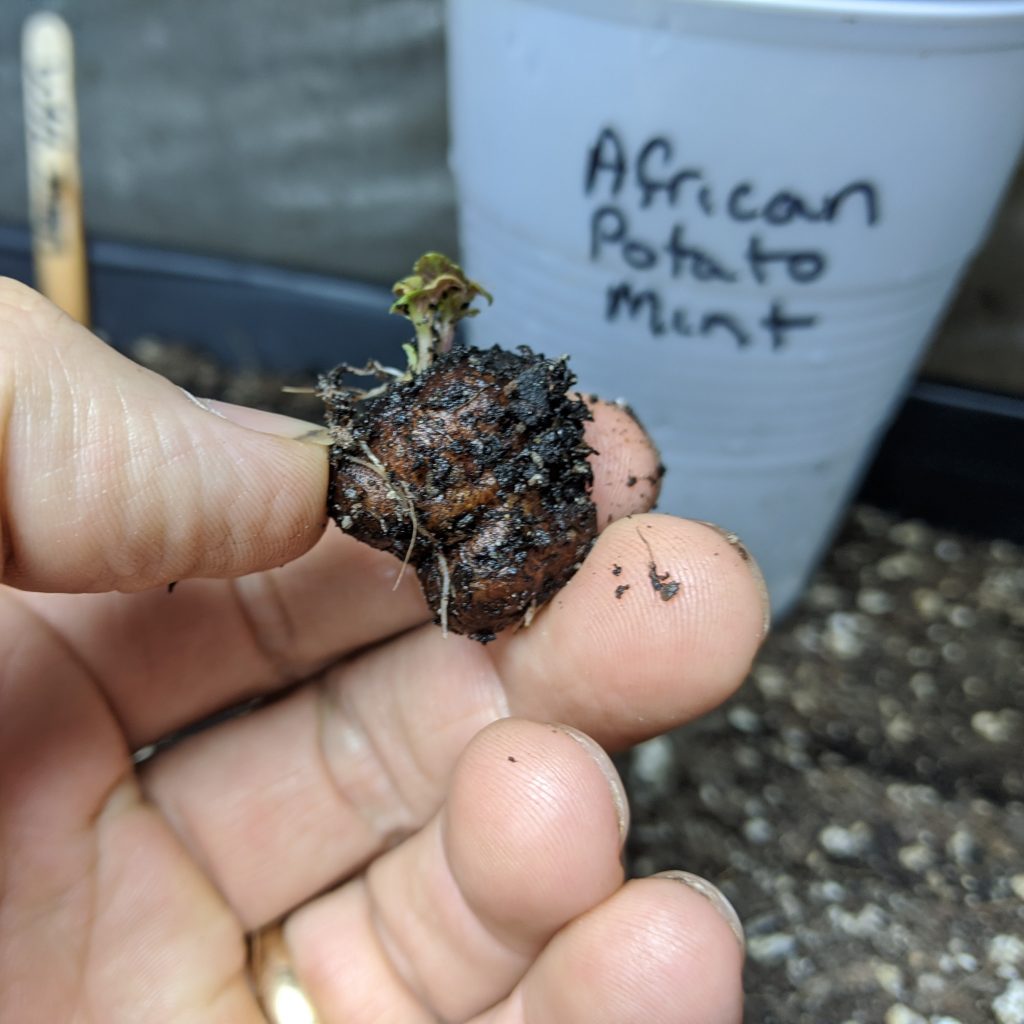 This is a brand new plant for us in 2020. The small marble sized tubers have been sprouting for a couple of weeks and are almost ready to move to their own containers. There are two types of of tuberous forming mints that are cultivated in Africa, Plectranthus esculentus and Plectranthus rotundifolius. We are working with P. rotundifolius, supplied to us by Mark Homesteader in Florida. Mark is doing great work in developing perennial food systems, but he is working with a sub-tropical climate, so we have some different lessons to learn! 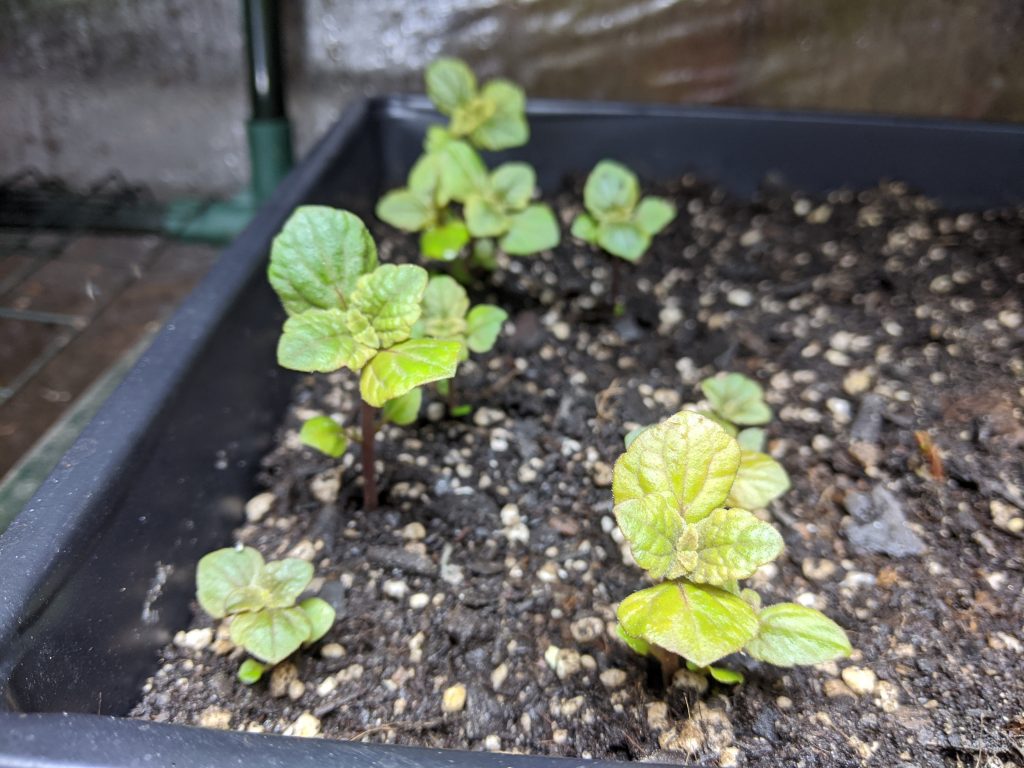 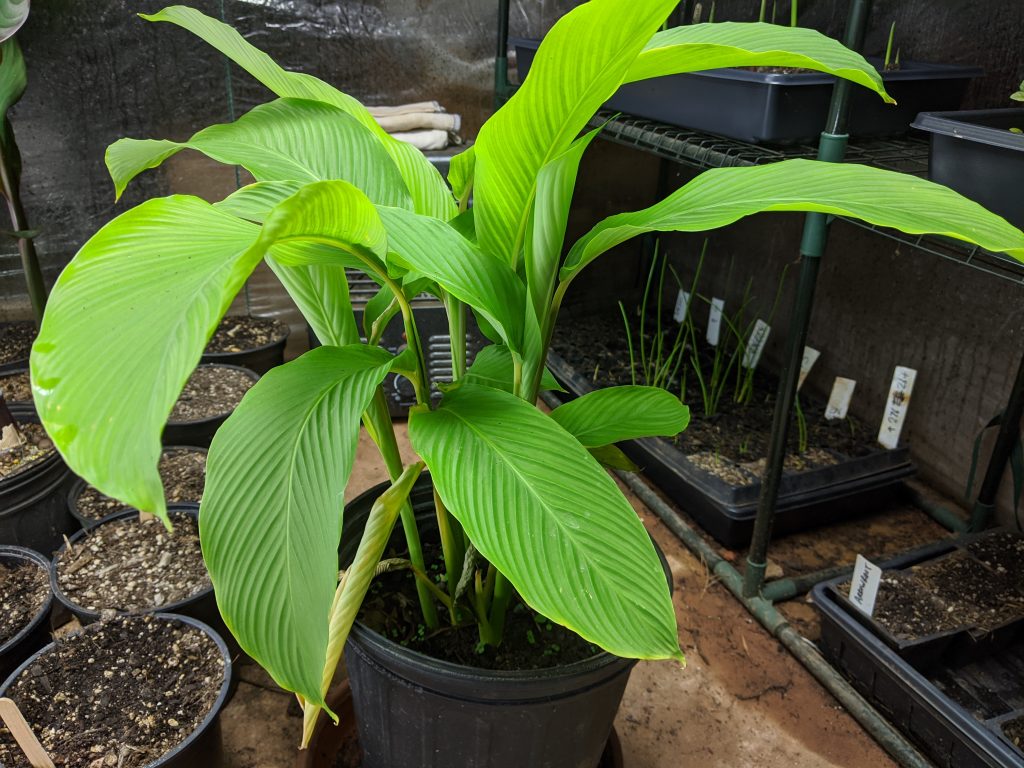 The Utopian Seed Project was made aware of Lerenes after Keia Mastrianni, food writer and baker, visited Puerto Rico and returned asking if we knew of this particular root crop. Board member, Brandin Ruiz, then tracked down some tubers in Puerto Rico, and later a Floridian friend of our project, Mark Homesteader, shared some more roots. 2020 will be our first year experimenting with growing Lerenes.

The picture above is one of Brandon’s potted plants. Brandon does great work in Charlotte NC on the Charlotte Herbal Accessibility Project. He has access to a heated greenhouse, which has allowed him to start many of these crops way earlier then we could (hence the beautiful and big Lerenes plant!). 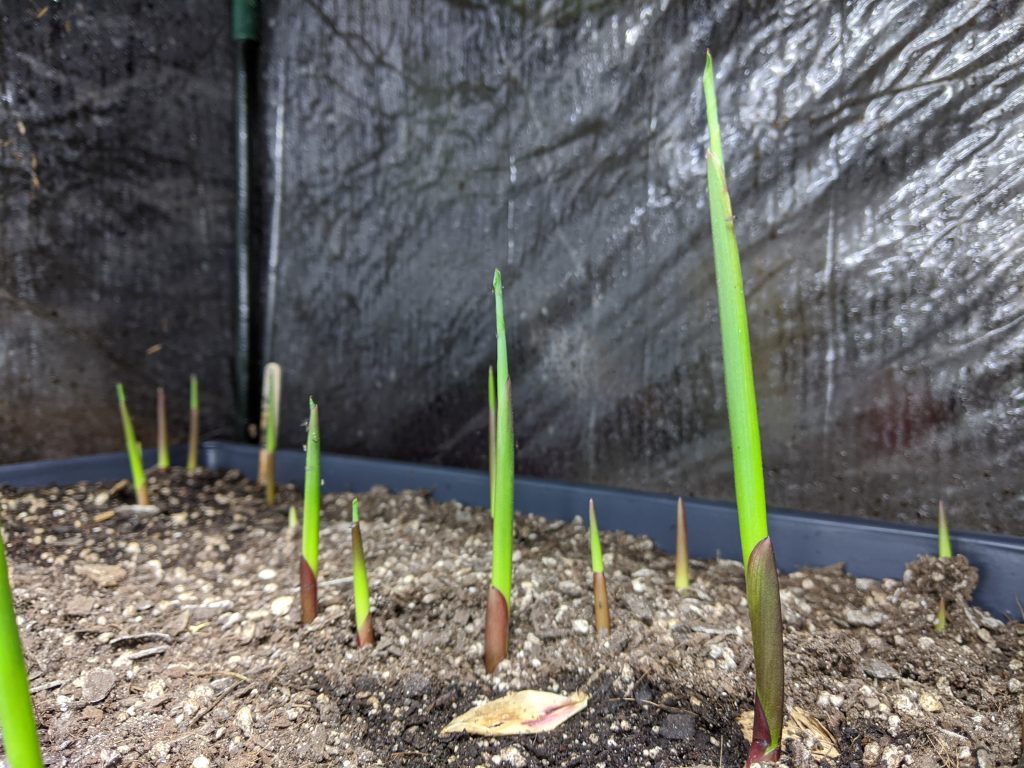 We have been growing arrowroot for a number of years now, a plant best known for it’s fine white powder sold in supermarkets as arrowroot starch. The plants are quite beautiful in the landscape and sprout easily from the previous years tubers. I often find them sprouting before I’ve even bedded them into the basement greenhouse.

We’re about to switch gears to some serious field prep work to make sure all these plants have outside homes to go to, as well as seeding a lot of our traditional southern crops. Stay tuned for lots more growing! 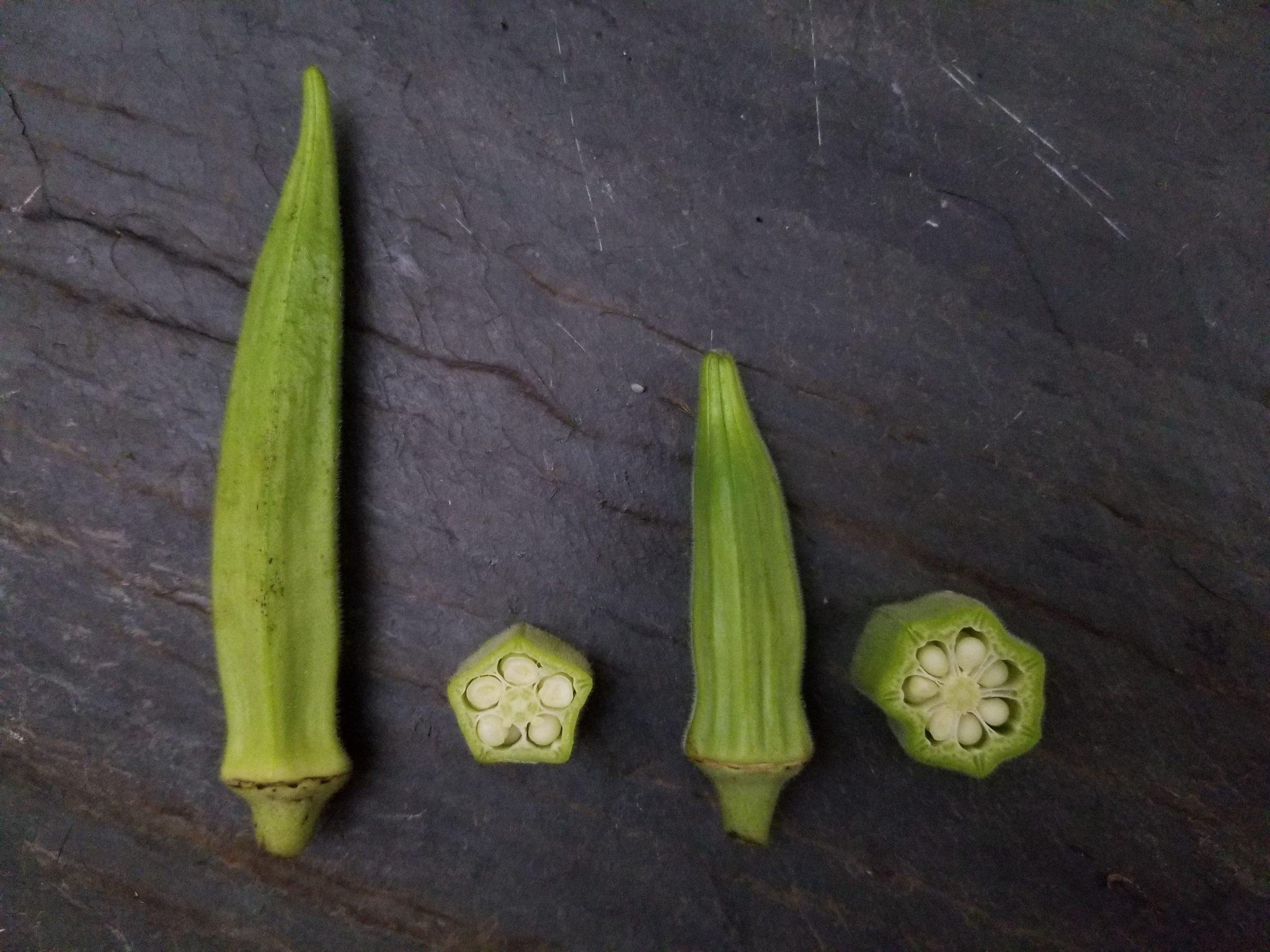 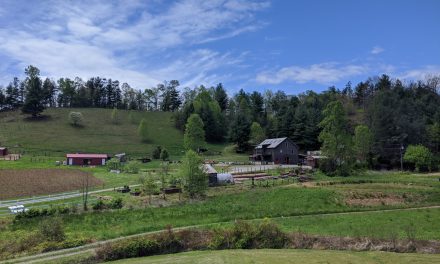 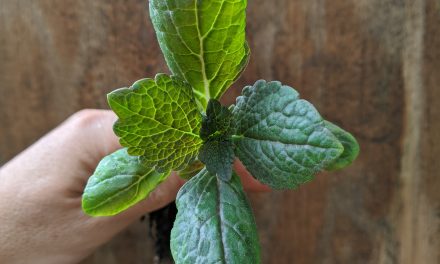 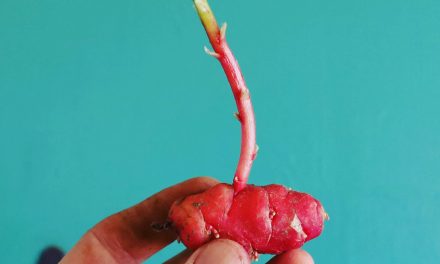