Our 2019 Tony Kleese Award recipient, Matthew Blair, was unable to make our annual fall farm dinner to personally receive the award. However, he did send a wonderful acceptance speech, which we are happy to share here:

Greetings from Nashville, Tennessee State University and from the Amaranth Institute!  I wish to express my sincere thanks for the Tony Kleese award this year and for honoring a long forgotten crop like grain amaranths.   The prize award will serve to increase awareness about the importance of New Crops and New Varieties and I, Matthew Blair, commit to that goal together with the People’s Seed.  I count on my University’s help and sponsorship from the Evans Allen Fund which provides baseline research support for this kind of work at 1890s land grant universities.  My project has been active since 2014 and builds on the work of the Rodale Research Farm in Kutztown, Pennsylvania where I interned in the late 1980s.  There I was inspired.  I saw that grain amaranths are a great crop as they can serve various functions, as a source of grain or as a vegetable and even as fodder for goats, pigs and possibly chicken.  No wonder the weedier versions of amaranths are known as pigweeds!  These weeds have given the group a somewhat bad reputation but just like other plant families there are the good and the bad .. one sure sign of a good amaranth is that it doesn’t have spines and it is easy to pull out of the ground! .. Grain amaranths have none of these bad features.  Many don’t have side branches but grow like a sorghum plant.  Indeed the grain amaranths look more akin to the ornamental Celosias than most other plants.  And their array of betaine dyes makes them valuable even in the food coloring industry.

So in this spirit of finding all the good that Amaranths can offer us, we here at TSU will be sponsoring a meeting on New Crops for the New South next year.  The meeting will be in May of 2020 and I hope that as many people from the People’s Seed and from the great state of North Carolina can join us to engage in valuable conversations here in Tennessee.  We expect to have a free exchange of knowledge and to discuss perspectives on the roles that plant breeders play in society for everyone from producers to consumers, from farmers markets to supermarkets, from the farm table to restaurant tables.  The Nashville food and beverage scene is diverse and growing.  The downtown farmers market has held its ground despite the 2010 flood and sent off-shoots into many neighborhoods’ churches and local parks, as well as into main streets of neighboring towns.  Oats, Quinoa and even Amaranth have been used to make whiskey in Nashville, while famous spring water still makes the classics just south of Nashville.  With all the wonderful food you are having at the annual People’s seed fundraiser I would like to raise a virtual glass of soul-lifting spirits to you all and say I wish I was there in person.

Let me end by explaining that the word Amaranth is derived from the Greek word Amarantos, which means “never wilting”, which can be interpreted as always persevering and if you think of a red root amaranth or a top heavy grain amaranth they have that in common with each other .. plants that thrive in the face of adversity .. of heat and drought ..plants that can adapt to the winds of change .. one Amaranth is even a tumbleweed on the western range and grows on the bare minimum of residual snow melt before breaking off at its base to tumble around filling in any voids in the landscape so that wind erosion will be slightly censured. It seems to me that the amaranths present qualities we as human beings must have in the face of climate change .. adaptability, perseverance, quick growth in the right places and leaving the places that don’t need us to be free .. respecting the limits of land and water, the forests’ edges and the driest or wettest environments as beyond their reach .. while able to grow in urban settings and small spaces .. good at recycling nutrients but parsimonious with water .. all these attributes provide a model for our “weedy” species to serve a greater cause in the name of “good and durable food”.

.. I hope the evening has been a wonderful event, with plenty of great food and opportunity for fruitful discussions. 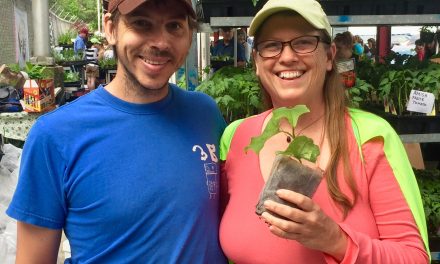 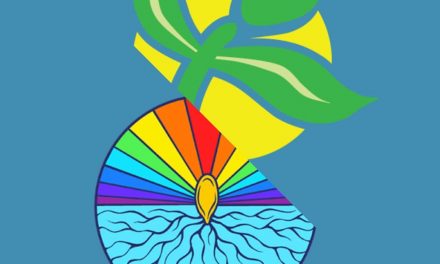 The Next Chapter for The People’s Seed

On the Passing of Tony Kleese